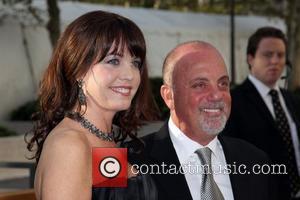 Billy Joel's daughter with former supermodel Christie Brinkley has been hospitalised in New York after suffering a suspected drug overdose.
Singer Alexa Ray Joel was rushed to St. Vincent's Medical Center on Saturday afternoon (05Dec09) after paramedics were called to her apartment in Manhattan's West Village at around 12.24pm.
The 23 year old told the emergency medical technicians she had been struggling to breathe after taking eight sleeping pills, reports the New York Daily News.
Ray Joel's publicist, Claire Mercuri, confirmed the young star had been taken to hospital, but insisted she was in a stable condition and is continuing to receive treatment.
The rep refused to comment on the cause of the incident, simply stating, "We are currently assessing her needs."
The singer had been scheduled to perform across the city next week (begs07Dec09). As WENN went to press it was not known whether the shows would still go ahead.
Rock legend Joel's nine-year marriage to Brinkley ended in divorce in 1994.