In July 2015, the 65 year-old singer will surpass Elton John's 64-performance record at MSG.

Billy Joel is on track to set a record for the most lives performances by any artist or act at the world's most famous arena, Madison Square Garden, when he plays his forthcoming 65th show scheduled for summer 2015. 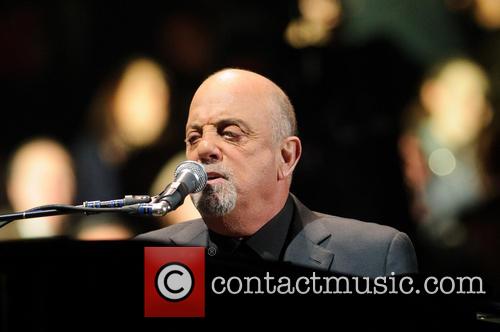 The concert, set for July 1st, will see the legendary singer break his fellow musician Elton John's longstanding record, and fans can purchase tickets for the historic show this coming Saturday (Nov 29th).

Joel's 65th time playing at the iconic venue will be his 19th performance of his residency there, which was announced last December when he became MSG's first ever music franchise - a position only previously held by sports teams - playing monthly shows since January 27th 2014.

"Playing Madison Square Garden is an experience that never gets old," he said at the time. "A show a month at the Garden for as long as there's demand means more opportunities to connect with music fans and provides a unique and memorable show every time we play here."

But before breaking the record for most performances, Joel will have his first record-breaking show on January 9th as this will mark his 13th in a series. The 65 year-old singer's previous record was 12 shows in a series from 2006.

Although there is no indication on how many live performances Joel will actually complete, MSG officials have previously stated that the venue will keep adding more dates "as long as there is demand for it".