Music Veteran Billy Joel Has Named New York's Top Politician As His Baby Daughter's Godfather, According To A U.s. Report. 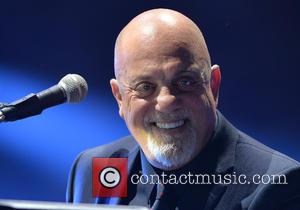 It has now emerged that Billy asked New York Governor Andrew Cuomo to take on a special role in his daughter's life.

The event was later celebrated with a dinner for around 20 guests at a Greek restaurant in Roslyn, New York.

Cuomo reportedly made a speech during the party.

Billy and Alexis married in July (15) and the governor presided over the wedding ceremony.

The couple has been together since 2009.

The musician is also dad to singer Alexa Ray Joel, 29, his only child with model Christie Brinkley, who he was married to from 1985 until 1994.