He's got a lot on his plate at the moment.

Billy Joel is set to become a father for the third time at the age of 68 as he reveals that his wife Alexis Joel is due to give birth to their child in the coming weeks. It will be their second child together, after 2-year-old Della Rose. 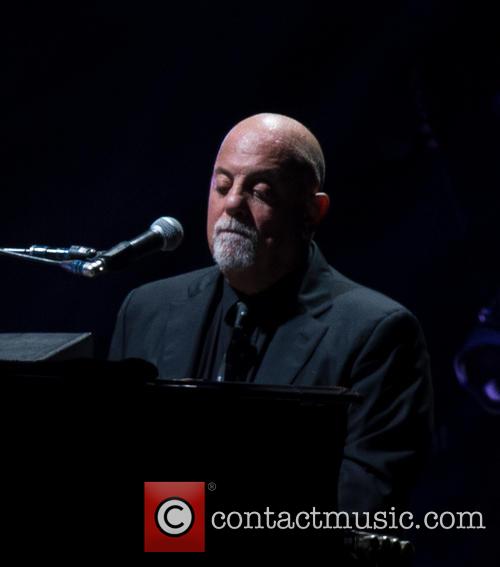 The 'We Didn't Start the Fire' singer revealed that his fourth wife, 35-year-old equestrian Alexis, is pregnant with his third child (and their second child as a couple) and they are set to welcome their new bundle of joy next month.

The couple had their first child, Della Rose, in August 2015 - just one month after they married at Billy's Oyster Bay mansion on Long Island, where Governor of New York Andrew Cuomo presided. They had been together since 2009, and are also parents to a dog named Jack. Billy is hopeful that their new baby will be just as well-behaved as the first.

'[Della Rose] is pretty good', he told The Belfast Telegraph. 'She sleeps through the night. I hope the next one will.'

Billy Joel also has a grown-up daughter, 31-year-old Alexa Ray, whose mother is his second wife Christie Brinkley. He has also previously been married to Elizabeth Weber Small and Katie Lee, and had a relationship with Elle Macpherson.

More: When Amy Schumer and Jennifer Lawrence danced on a piano at a Billy Joel show

Despite having a new baby on the way, he's not letting fatherhood get in the way of his performing. The singer is set to perform a sold-out concert at Madison Square Garden, New York tomorrow (October 20th 2017), before returning to the venue in November, alongside dates at Vivint Smart Home Arena in Salt Lake City and Bankers Life Fieldhouse in Indianapolis.

He has several more shows planned for December, and next year will come to the UK to play at the Old Trafford Football Ground in Manchester and Dublin's Aviva Stadium.