Billy Idol said he doesn't mind ''indulging'' Women, but has given up the drugs and alcohol which made him ''burn out'' in the 80s. 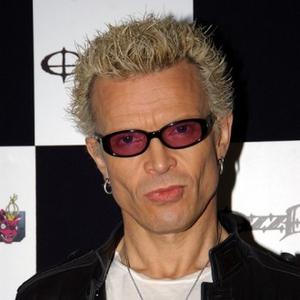 Billy Idol doesn't mind "indulging" Women, but has given up drugs and alcohol.

The 'White Wedding' singer said he was "burned out" by his excesses in his 80s heyday, but while he has given most of them up, he still can't help himself around beautiful women.

Billy told Spinner.co.uk: "I stopped doing a lot of the things that burnt me out. I gave up all the drugs, all the booze, but I'm still into women.

"That's one thing I don't mind indulging, but I don't feel like I am burning myself out, burning the candle at both ends. I have it under control and I'm still very much excited about what I do."

The singer - who rose to fame in the band Generation X - has been touring with his Steve Stevens, the guitar ace who played on most of his solo tracks, and bass player Stephen McGrath, but also said his punk spirit has been reinvigorated by introducing younger musicians guitarist Billy Morrison and drummer Jeremy Colson into the band.

He added: "Our sound is more like the records now, actually. Jeremy was 9 when the album 'Valley of the Dolls' was released. He was a fan.

"Our sound is more like the records now, actually and the band members' being into punk and rock is a huge factor, because my music was always rock 'n' roll dance music, really. We've injected a lot of fun and a new sensibility into the sound."