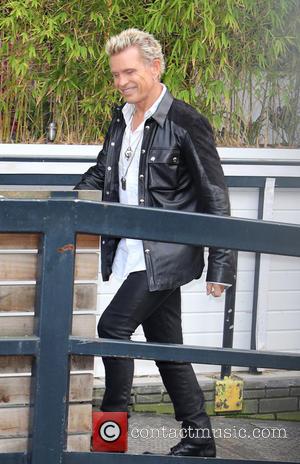 Veteran rocker Billy Idol suspected his son and daughter were experimenting with drugs in their teens and was relieved when he realised his years of wild partying had made them wary of getting hooked.

The White Wedding hitmaker has two grown-up children and admits he was terrified they would fall in with the wrong crowd and start taking illegal substances.

At one stage he suspected his daughter was hiding her drug use from him and feared she might have a problem, but he was delighted when he later realised both children had "grown out of" the phase and had been put off by seeing what addiction did to their dad.

Idol, who was hooked on crack cocaine for 15 years, tells U.K. talk show Loose Women, "Well I did see a point when she was doing that that she then sort of grew out of... I wasn't quite sure what they were doing because they were hiding it from me, but I think eventually... You know, they grew up seeing that non-romantic side of drugs and I think in lots of ways it's soured them. We grew up with parents who didn't do anything like that so of course it was very romantic to us."