BILLY DUFFY, the English songwriter and guitarist with post-punk band 'The Cult', leaving Spagos restaurant in Beverly Hills after having dinner with Scott Ian of 'Anthrax' and Chad Smith of 'The Red Hot Chilli Peppers'. When quizzed on the recent London riots, Duffy said, "I don't know.I don't go back there that much.I think it's just a load of guys stealing shoes and iPods mostly, I don't think it's much more than that".

Credited with introducing The Smiths' Johnny Marr to the guitar and giving Morrissey his first singing gig with his band The Nosebleeds, Duffy became a prominent individual in the British punk and post-punk scenes of the 1970's and 1980's 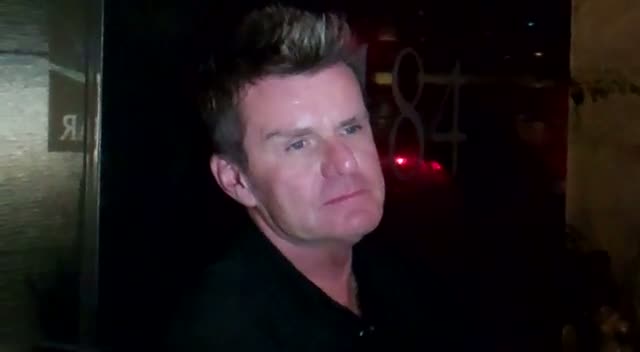