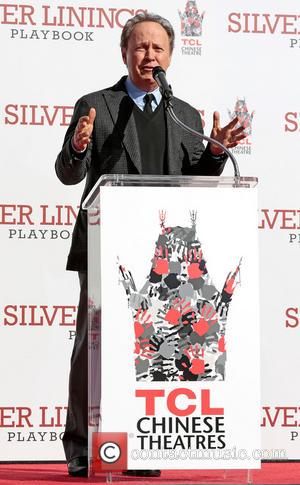 Billy Crystal and director David O. Russell were among the stars who turned out in Hollywood on Monday (04Feb13) to honour Robert De Niro.

The Taxi Driver star left his mark outside Hollywood's famous Chinese Theatre during a hand and footprint ceremony - and his famous friends were on hand to applaud him.

Crystal joked, "I am so honoured to be here to help put his feet and hands in cement, something he had done in films to a lot of other people," before adding, "There has never been anyone like him on screen, and there never will be again."

De Niro, who was joined by his wife Grace Hightower at the ceremony, said, "They say everyone in the film industry has three homes: The home where they live, the home where their first wife lives, and Hollywood. I love New York and I am proud to be a citizen of Hollywood. Thank you for this honour and thank you for making me feel at home here."