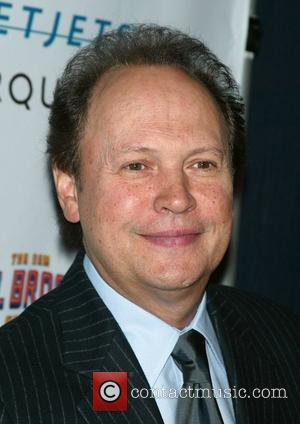 Billy Crystal was left red-faced recently when he was caught mimicking Bill Clinton by the former US President himself The Analyze This funnyman, 59, was playing golf with Clinton, 60, and found it difficult to concentrate on the game because of the ex-premier's constant chattering Crystal says, "He was talking throughout the first nine holes, and he just wouldn't stop He was the most powerful man in the world, but he thought he was the President of Golf, and he just wouldn't stop "So we go into the restroom in between the nine holes, which men our age do a lot, and I was imitating him to the fellow I was playing with Because Clinton kept saying on every hole, 'What you got to do, Bill, is this', 'What you got to do is keep your head down', 'What you got to do', he kept saying, 'What you got to do' "My friend is in the bathroom, and I was at the urinal and I go, and I go, 'Right, now listen, what you got to do, is just get your legs together,' and Clinton walked in, and I know, I know, he heard me, because I'm being audited "