Billy Corgan admires Justin Bieber, and says his exposure to the teen sensation's songs through his nieces has given him ''Bieber Fever.'' 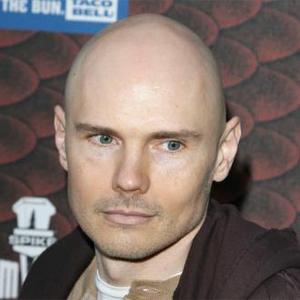 The Smashing Pumpkins singer admires teen pop star Justin Bieber, having been exposed to him through his young nieces.

He told Australia's 'The Morning Show' TV programme: ''I'm not a pop hater. The kid's talented so you can't Take That away from him.

''My nieces are gaga crazy for him. All I hear about is Justin this and Beiber Fever. We've got the Beiber Fever.

''Let's put it this way, there's been zero dolls made of me and he's got about seven. So I'm a bit behind on the doll market.''

However, 'The Bullet With Butterfly Wings' singer Billy worries about young pop stars and whether they are given a fair chance at having a career in today's ruthless music industry.

He added: ''I worry about whether children are exploited. They are given no opportunity to succeed past a certain shelf life. You know you're cute and you're 19, you're probably going to get about four years out of it and then they are going to kick you to the curb and get somebody else.''

Billy also thinks the music industry is ''dumbed down'' and doesn't offer the same opportunities to younger artists, in any genre.

He added: ''The music business has kind of dumbed itself down. So we don't see the emerging bands that we would have hoped for in the last 10 years, so in a way its left things wide open for me.''