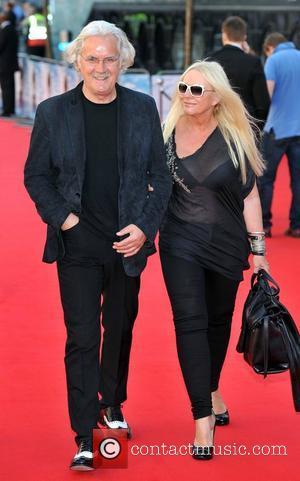 Scottish funnyman Billy Connolly had a furious bust-up with his wife Pamela Stephenson when she wanted to let their teenage daughters' boyfriends sleep over.
The couple fell out when daughters Daisy, now 28, Amy, 26, and 23 year old Scarlett began dating boys, as they debated whether they should allow the girls to invite boyfriends to stay in their family home.
He tells Australian newspaper The Age, "We argued about kids sleeping over. The question is, do you let your children sleep with their lovers at home or elsewhere. You will find that when it comes to daughters most women are for it, and most men are against it."
Connolly was also left stunned when one of his daughters ejected him from her bedroom at the age of 14, adding, "I never thought she would speak to me like that. I was delusional, living in fairyland, which I've done most of my life."