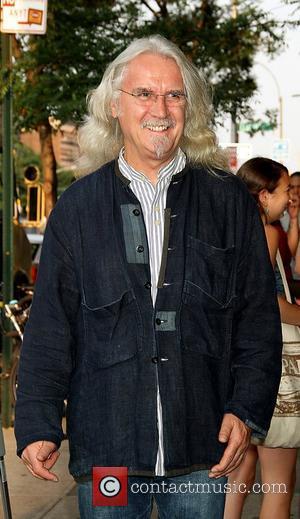 Billy Connolly, the Scottish comedian and television star, has opened up about his horror trike crash that left him with a broken rib and gashed leg. While filming an ITV documentary entitled 'Billy Connolly's Route 66', the comedian lost control of his bike on the iconic route from Chicago to Santa Monica.
According to the UK's Daily Mail, the star ended up in hospital after losing control of the bike, which then fell on top of him. Connolly said, "We came to the end of Route 66 and there was a [steep incline] with gravel. My bike has got three wheels and I went up and round.I was using cruise control on the throttle and it jammed on and I slipped the clutch. The trike came over on top of me and broke my rib". The show's executive producer Mark Downie said the comedian was ordered to rest before filming the last leg of the journey, but surprised everyone with his fitness, saying, "Billy was incredible about it. We spoke to him to see how he wanted to proceed. We gave him the option of finishing and going home but he was determined to continue. He didn't complain at all".
A keen traveller, Billy Connolly has starred in a number of award-winning travel series. He began with his 'World Tour of Scotland' in 1994, and recently travelled to the Auyuittug National Park in the Arctic Circle.