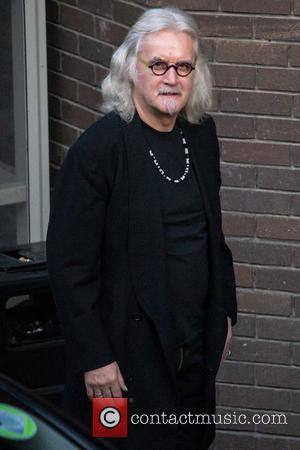 Funnyman Billy Connolly will be the toast of the upcoming BAFTA Scotland Awards after landing the lifetime achievement prize.

The Gulliver's Travels actor has won the prestigious honour from the British Academy of Film and Television Arts in recognition of his lengthy career and his "outstanding contribution" to the genres.

Connolly is unable to attend the ceremony on 18 November (12) but he will pre-record a message to be played on the night and will pick up his honour at a special event in Glasgow, Scotland in December (12).

He says, "I'm really pleased and proud to receive this trophy from Bafta in Scotland because I know you probably think we luvvies (actors) get shiny prizes all the time. But actually, sometimes we don't.

"I'm really sorry I can't be there because I'm in San Francisco doing some prior engagements. But in December I will be in Glasgow, where my heart is all the time, doing a Bafta Life in Pictures event highlighting my film and television work from over the years, which might be quite groovy."