Parkinson's Disease Has Forced Scottish Comedian/actor Billy Connolly To Hang Up His Beloved Banjo Because He Can No Longer Play It. 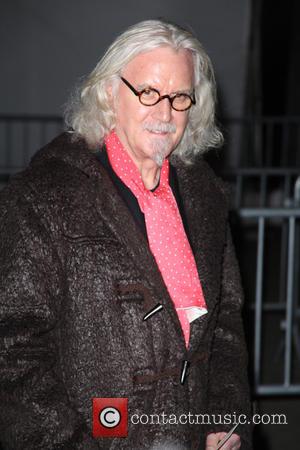 Picture: Billy Connolly - A variety of stars were photographed as they arrived for the New York premiere of 'Danny Collins' which was held at the...

The Hobbit star, who was a folk singer before finding fame as a stand-up comedian, admits his condition has robbed him of the full use of his left hand.

He says, "I'm starting a documentary series in a month's time following the railways around America. I'm going to festivals and state fairs and all that. I've been longing to do it for a long time. The only trouble is that we're going to bluegrass festivals and I've got Parkinson's Disease and it's really affected my left hand and I can't play the banjo or guitar any more.

"I'll join in on the singing at least. It's been a rough go between that and the cancer. I kept telling my wife that haemorrhoids couldn't be far behind."

Connolly was diagnosed with Parkinson's and prostate cancer in 2013, but he has since been given the all-clear from the cancer.