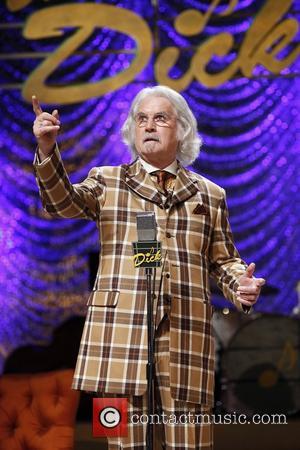 Although everyone has their favourites, there is no one role that Scottish comedian Billy Connolly is best known for, and it is partly that broad ranging talent that he was being awarded for at the Scottish BAFTAs yesterday (19th Nov. 2012).

Connolly's credits include, most recently Brave, the Disney Pixar movie about a Scottish princess who doesn't want to get married, plus others over the years such as The Last Samurai, Mrs Brown, Lemony Snicket's A Series of Unfortunate Events, plus he'll be appearing in The Hobbit trilogy, the first of which is coming up next year. Billy has also done an enormous amount of stand up tours, plus a lot of TV documentaries. The length and breadth of his comedic and general entertaining value is almost incalculable, but aptly celebrated in the award.

Connolly couldn't make it to the event because of work, but he left a message in standard comedic style, saying:"I'm really pleased and proud to receive this trophy from BAFTA in Scotland, because I know you probably think we luvvies get shiny prizes all the time. But actually, sometimes we don't."

Brian Cox picked the award up for him instead. "I'm shocked actually," Cox, reported by STV, said on the red carpet. "I thought Billy had probably already got something here. So I was a wee bit taken aback that they hadn't honoured him before... Once you've seen Billy on stage and you've seen him perform he's unbeatable. And he started it all. Every comedian today owes something to Billy. I'm sorry he's not here, but I'm glad he's working."