Billy Connolly gets cancer all clear

Billy Connolly has been given an all clear since his prostate cancer scare after the cell growth was caught early following a minor surgical operation in America. 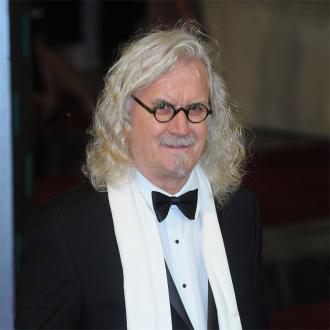 Billy Connolly has been given the all clear following his cancer scare.

The 70-year-old actor has won his battle with prostate cancer after the abnormal cell growth was caught early following a minor surgical operation in America, and he has since made a good recovery.

He told Sky News: ''My health - I got the clearance on Wednesday on my cancer so I'm OK.''

Although he has beaten cancer, 'Brave' star Billy was diagnosed with the early symptoms of Parkinson's disease last month.

The degenerative nerve disorder can bring on symptoms including shaking, rigidity, slowness of movement and difficulty with walking.

A spokesman for the actor - who is married to psychologist Pamela Stephenson - previously said: ''Billy has been assessed as having the initial symptoms of Parkinson's disease.''

The illness is commonly tackled through the use of levodopa, a chemical that the body converts into dopamine, an organic chemical used by the brain as a neurotransmitter.

His spokeswoman added: ''He is receiving the appropriate treatment [for Parkinson's disease].''

Presently, the disease will not hinder the comic-and-actor's career and he will be able to continue to work and he will still move forward with future projects including a theatre tour in New Zealand and a new TV show.