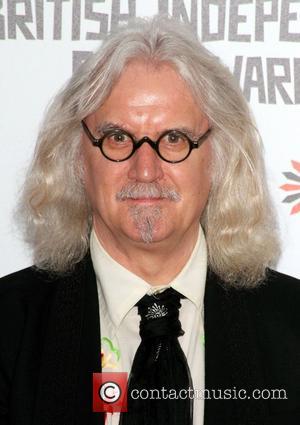 Billy Connolly has spoken out to defend fellow funnyman Frankie Boyle, insisting critics should ignore the controversial comedian if they are offended by his jokes.

Scottish comic Boyle has previously sparked public outrage with his abrasive routines, attracting 500 complaints from Tv viewers in the U.K. in 2010 over a quip about reality Tv star Katie Price's disabled son and angering sports fans earlier this year (12) with a comment about Olympic swimmer Rebecca Adlington's looks.

Fellow Scot Connolly has now stepped in to defend Boyle, suggesting he is right to tell cutting edge jokes.

He tells the January issue of Reader's Digest magazine, "I think Frankie Boyle's very funny. People do the humour that's of its time, and that's what they should be doing. If you don't like it, move your thumb, press the other button on the remote, and he's out of your life forever."