Also returning in a different aspect was Billy Boyd, who played the Hobbit, Pippin, in 'The Lord of The Rings' films. For 'The Battle of the Five Armies', he returned to write a song to cap off both the prequel trilogy, but also the series in its entirety. "I flew to New Zealand" he says, "wrote some songs and we're getting somewhere - and then I watched the film, and then it all made sense, and then the song came quite quickly after that." Boyd also echoes Serkis' amazement at the filming techniques of the modern day compared to the originally trilogy from nearly a decade ago. Both discuss the way that the CGI battles were put together for this final film, with Boyd explaining the set green screen set Jackson filmed on, by saying "He has the battle playing everywhere in this room.. through the camera! And to anyone looking, its an empty room, but looking through the camera, he has the whole battle!"

The final instalment in Peter Jackson's Middle Earth saga, 'The Hobbit: The Battle of the Five Armies', opens in Europe on 10th December 2014, the UK on 11th December, and the US on 17th December. 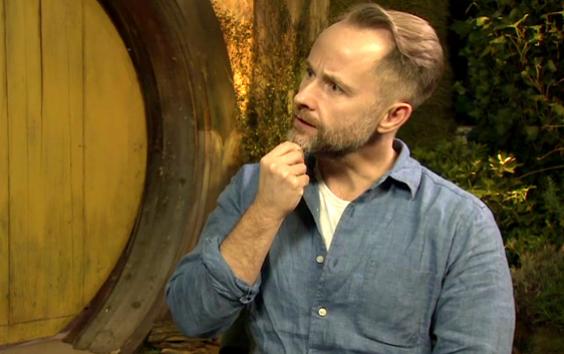