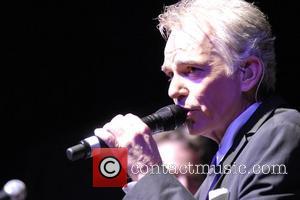 Billy Bob Thornton found himself at the receiving end of taunts from British actor Hugh Grant - after the Bad Santa star revealed his phobia of nineteenth century British Prime Minister BENJAMIN DISRAELI's hairstyle. Thornton was so sickened by Disraeli's curly locks he found himself unable to eat every time Grant mentioned the late statesman on the set of 2003 film Love Actually. He tells Empire magazine, "I was watching some old movie once - I don't remember the name of it - but Benjamin Disraeli was a character in it. He was in this old, weird room, with old heavy drapes and there was just something about his hair. "I thought, 'God knows what's going on with that hair'. I don't know what it was - maybe some food accidentally got in there somehow. There was something about the way it swept out...I couldn't breathe too well. "When I did Love Actually with Hugh Grant, he set up a picture of Benjamin Disraeli right at the top of the stairs where we were doing our scene. He just wouldn't leave me alone about it. Right before lunch he'd mention something about Benjamin Disraeli's hair and I couldn't eat."