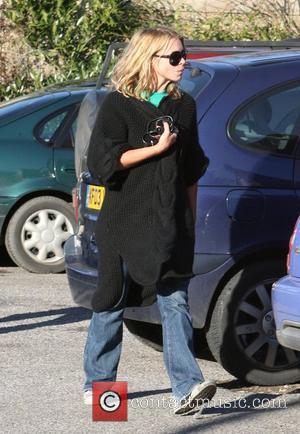 Picture: Billie Piper leaving a pub in Easebourne after having lunch with friends on the eve of her wedding West Sussex, England - 30.12.07

Billie Piper is to reprise her role as Sally Lockhart as the BBC confirms a second Philip Pullman adaptation as part of its Christmas TV schedule.

The Secret Diary of a Call Girl star will appear in The Shadow of the North this Christmas, a year after the screening of Pullman adaptation The Ruby in the Smoke.

The corporation also announced the return of Ricky Gervais' Extras for a special edition featuring George Michael and Clive Owen, while Kylie Minogue's long-awaited appearance in Doctor Who will feature, with the Aussie singer starring as a waitress on the Titanic alongside David Tennant's Timelord.

Christmas movie premieres include Shrek II, Finding Nemo and Meet The Fockers on BBC1, as well as Sin City, The History Boys, Girl With A Pearl Earring and Howl's Moving Castle on BBC2.

And while Victoria Wood, Emilia Fox and Emma Watson star in a feature-length dramatisation of Noel Streatfield's novel Ballet Shoes, Bruce Forsyth and Tess Daly will bring the celebrities back to the floor for Strictly Come Dancing Sequins, a one-off special.

Jana Bennett, director of BBC Vision, commented: "Our Christmas schedule features the finest talent British television has to offer so we invite you to gather family and friends together, sit back, relax and let us entertain you  there really is something for everyone this year on BBC Television."

Other highlights of the schedule include a unique look at the Christmas story in BBC Three's Liverpool Nativity, while Penelope Keith and Peter Bowles are reunited in a one-off return of 1970s hit To The Manor Born.