Former 'Doctor Who' actress Billie Piper was accused of drug dealing when she was eight when she started handing out vitamin tablets to other pupils. 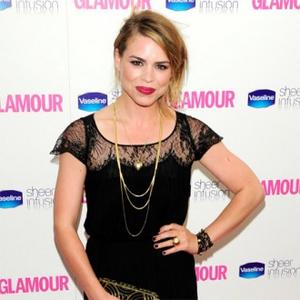 Billie Piper was accused of drug dealing when she was eight.

The 28-year-old British actress admits she was quite a rebel when she was at school and would often get in trouble with teachers, especially when she started handing out vitamin tablets to other pupils.

Speaking to comedian David Walliams on his new chat show 'Wall of Fame', she said: "I did general vandalism. I used to tag, spray graffiti. I got caught stealing the single 'Cotton Eye Joe'.

"I also dealt vitamin tablets at school when I was eight. I thought they were good. Then I was taken to the headmistress and got accused of being a drug dealer."

While she wasn't dealing drugs, Billie - who found fame as a pop star when she was just 15 with the release of her first single 'Because We Want To' - has previously admitted to taking illegal substances, but insisted she never had a problem.

The 'Secret Diary of a Call Girl' star - who is married to actor Laurence Fox, with whom she has a two-year-old son Winston - said: "I tried all those things, but it never became a problem. I was so green and that's what saved me - otherwise I may have got into it more because everyone else was and it seemed like fun.

"I had my head in the clouds, was mad, neurotic and self-destructive, a very different character to the one you see today.

"I was saved mostly by my parents, friends and boyfriends but it could have gone either way."