Billie and Laurence had announced their split in late March, and were granted the decree nisi formally ending their marriage in a very brief hearing on Thursday.

At the Central Family Court in London on Thursday morning (May 12th), District Judge Yvonne Gibson granted Piper a decree nisi from actor Laurence Fox on the grounds that their marriage had “irretrievably broken down” and that she found it “intolerable” to live with him any longer. Neither party was present for the brief hearing. 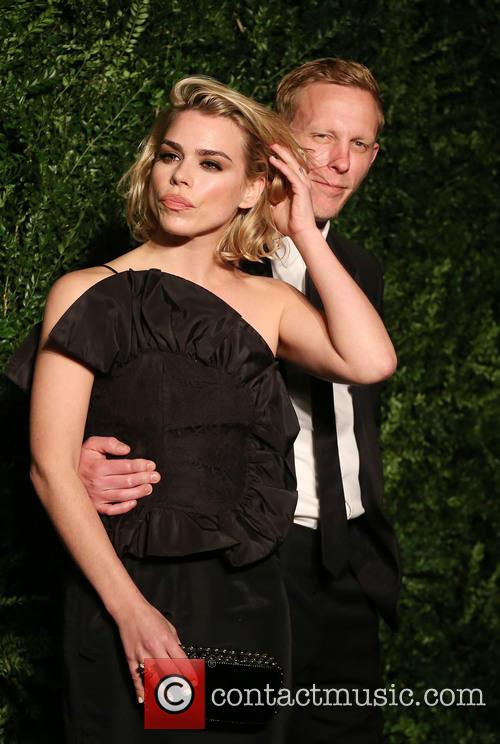 Billie Piper and Laurence Fox in 2014

The couple have two young sons together – Winston, 7, and Eugene, 4 – and had lived together in the town of Midhurst in West Sussex having gotten married on New Year’s Eve 2007. They had met on the set of stage show ‘Treats’ in 2006.

However, 37 year old Fox posted on his Facebook page in March this year that they had mutually decided to bring their marriage to an end, but that nobody else was involved in the breakdown of their relationship.

A statement from the couple was released later on Thursday, saying: “Billie and Laurence wish to clarify that the legal wording referred to in connection with today's reported decree nisi is the closest option English law currently offers to a timely no fault divorce.”

“They will continue to co parent their children with the utmost mutual respect for each other. Billie and Laurence appeal for privacy at this time.”

33 year old Piper, formerly a pop star in the late ‘90s and now an actress, currently starring as Lily Frankenstein in the TV series ‘Penny Dreadful’, was previously married to BBC presenter Chris Evans, whom she married in 2001 in Las Vegas and divorced in 2007, having been effectively separated for three years.