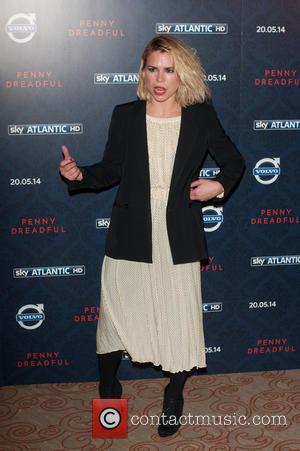 British actress Billie Piper has vowed never to return to her pop roots after experiencing a "frightening flashback" to her days as a child star.

The Secret Diary of a Call Girl actress launched her showbiz career as a singer and at 15, she became the youngest artist ever to debut at the top of the U.K. singles chart with her first release, Because We Want To.

She walked away from the music industry in 2003 to pursue her love of acting, and she has now decided never to revisit her pop career after watching U.K. reality Tv show The Big Reunion, which charts musical comebacks.

Piper tells British magazine Seven Days, "I haven't been watching The Big Reunion. I saw a bit of it and I found it was a bit of a frightening flashback. It's all quite moody and sad, so much of it. I'd never go on it. I'd never be tempted to go back into singing. That's it."