Late Mexican Singer Joan Sebastian Has Enjoyed A Record-breaking Week On The U.s. Latin Music Charts Days After His Death. 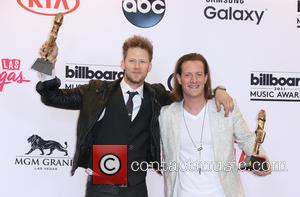 The beloved star died at his ranch in Guerrero, Mexico last week (13Jul15) after a long battle with bone cancer, and fans have paid tribute to their hero by buying his music.

Five of his records made the Billboard Top Latin Albums list, including a recently released greatest hits compilation Personalidad, which has raced to the top of the countdown, and another best of set, Lo Esencial de Joan Sebastian: Sentimental, which comes in second on the new chart, while his Lo Esencial de Joan Sebastian: Secreto de Amor is at three.

The feat marks the first time a male artist has ever held the top three spots on the Top Latin Album chart.

As for his singles, 11 of the Grammy Award winner's tracks have entered the Hot Latin Songs chart, marking another record achievement as the only artist to have more than 10 concurrent titles on the list.

Moreover, all the tunes are in the top 25, with four in the top 10, including 25 Rosas, Secreto de Amor, Me Gustas, and Un Idiota, which debuts at number two.

Sebastian also has a new single, Volvi Pa'l Pueblo, a previously unheard track which was released by his son Jose Manuel Figueroa following his father's death. Figueroa is also planning to release his dad's final album in October (15).