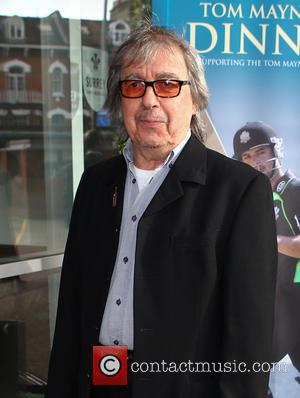 Bill Wyman has ruled out another reunion with his old Rolling Stones bandmates when they perform at London's Hyde Park this summer (13) - because he'll be on holiday in France with his wife at the time.

The bassist joined the band onstage during a London gig last year (12) and has admitted he was "disappointed" to only perform two songs.

He reveals it was Mick Jagger's decision not to let him play on and the bittersweet get together has made him vow never to perform with Stones again - even when their current 50 & Counting anniversary tour returns to Britain.

Wyman tells Rolling Stone magazine, "That's why I didn't go to America... I said, 'I'm not (travelling) for two weeks to do three concerts for two songs.'"

The bass player admits it was fun for his daughters to see him onstage with his old band, but he had mixed feelings about returning to the stage with the Stones: "We've said it enough times, but I realised you cannot return to something from the past after years, because it's not the same. School reunions, old girlfriends, divorces, getting back with the old wife - it doesn't work. It's the same with a band.

"I'm quite happy with my life now, and we're still great friends. We still send each other birthday and Christmas presents, as we've always done. We're great friends. I see Ronnie (Wood) at events and we socialise together but we don't do business. I do business with them if it's things that involve me, but I don't want to be in the band anymore. I left that 20 years ago and the 30 years I was in the band was fantastic, but I've done other things."

Asked if he'd reconsider his stance and hit the stage with the band in Hyde Park, Wyman says, "I'll be on holiday with my family in France at that time, very conveniently."