Quote: "I can actually deal with Taylor Swift because she's clever. Being a songwriter, I can appreciate her wit. She deserves all of her success." Veteran soul man Bill Withers is a fan of Taylor Swift's music and lyrics.

Fact: "I was the first black milkman in Santa Clara County, California." Soul great and 2015 Rock & Roll Hall of Fame inductee Bill Withers on one of his jobs before he found fame.

Quote: "A very famous minister actually called me to find out whether I was dead or not. I said to him, 'Let me check'." Reclusive soul man Bill Withers is often the subject of death hoaxes.

Quote: "I grew up in the age of Barbra Streisand, Aretha Franklin, Nancy Wilson. It was a time where a fat, ugly broad that could sing had value. Now everything is about image... This just isn't my time." Soul great Bill Withers insists he's glad he is no longer part of the music industry.

Quote: “This is not the age for showing off. I’m just some old guy in the checkout line at the Home Depot, which is fine with me.” Crooner Bill Withers, 70, insists he has no comeback plans.

Fact: Rockers MAROON 5 have teamed up with crooner Bill Withers for a new version of his hit LOVELY DAY. The track will feature on the soundtrack of upcoming animated movie HOOT, which also features new tracks from Jimmy Buffett, reggae greats TOOTS + THE MAYTALS and ukulele player JAKE SHIMANBUKURO. 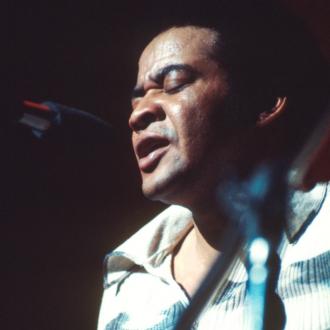