Why Did The Academy Snub Bill Murray And Hyde Park On Hudson? 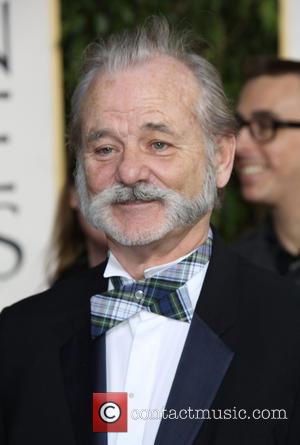 Remember back in December when we - perhaps ambitiously - tipped Bill Murray for an Oscar nomination for his turn in Hyde Park on Hudson? You may have peered over the article in nodding agreement, but it never happened, did it? The Academy snubbed both Murray and Hyde Park on Hudson entirely. Ok, so the historical movie didn't get the reviews that, say, The King's Speech enjoyed, though Murray's performance got people talking.

The actor should have won the prize for Best Actor for Lost In Translation - that's for sure - but he didn't, and now it's looking increasingly unlikely that Murray will lift the golden statuette. In his latest movie, Murray depicts one of the most revered United States presidents of all time, Franklin D Roosevelt. The film focuses mainly on a weekend in June 1939 when FDR hosted King George and Queen Elizabeth at his family's home in upstate New York. World War II was on the horizon and the British were seeking out the Americans for help. The New York Times said, "Roosevelt was one of the towering figures of the 20th century, but he and his accomplishments scarcely register in this amorphous, bafflingly aimless movie," while Time Magazine said, "Director Roger Michell's movie is, pretty consistently, dreadful." The Associated Press mused, "But Murray's subtly charming presence ends up being one of the stronger elements of the otherwise lightweight romance Hyde Park on Hudson." He bookmakers couldn't really figure out whether Murray was an Oscar contender or not - some offered odds of 66/1 for the Best Actor win, while others offered as little as 20/1. We thought he had a chance. He didn't.

Anyway, the movie hits cinemas in the UK on Friday (January 31, 2013). Go and enjoy Murray's performance and decide for yourself. Is it Oscar worthy?

Watch The Trailer For Hyde Park On Hudson: