Bill Murray reveals his feeling towards the accusations following his divorce from Jennifer Butler Murray, stating that they were 'devastating'. 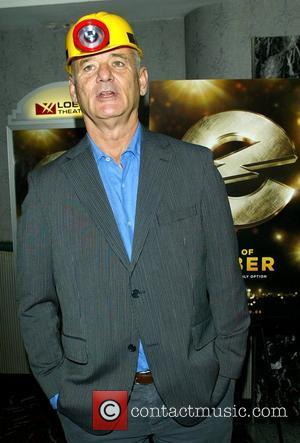 Legendary film star Bill Murray has spoken out about the accusations from his ex-wife over domestic abuse and drug addictions, stating that said accusations were "devastating". Murray was divorced by his wife, Jennifer Butler Murray, after ten years of marriage in May, 2008.

Jennifer Butler Murray claimed that "adultery, addiction to marijuana and alcohol, abusive behaviour, physical abuse, sexual addictions and frequent abandonment" were the cause of their separation. The information comes from leaked legal documents, following her and their four children leaving the family home during 2006.

Related: Need Bill Murray? Who You Gonna Call? Well, His 0800 Number Is A Good Start

Said papers also referred to a supposed incident where Murray "hit his wife in the face and then told her she was 'lucky he didn't kill her'". Murray's statement about the charges, which were finalised in June 2008, was "That was devastating. That was the worst thing that ever happened to me in my entire life."

The star continued to say "I was just dead, just broken. When you're really in love with someone and this happens - I never had anything like this happen. It's like your faith in people is destroyed because the person you trusted the most you can no longer trust at all. ...The person you know isn't there anymore."

Related: Guess What Bill Murray Went and Did Again

Finally, he revealed that the statement almost convinced him to commit suicide during a skydive at the opening of the Illinois' 50th Annual Chicago Air and Water Show 2008 in August. He said "They asked me on a day (when) I didn't care. I didn't even care if there was a parachute. Of course, by the time I got there I had had a few good days and I thought, 'What am I doing?'"