A Planned Musical Adaptation Of Bill Murray's Hit 1993 Comedy Groundhog Day Will Receive Its World Premiere On The London Stage Next Year (16) Before Transferring To Broadway. 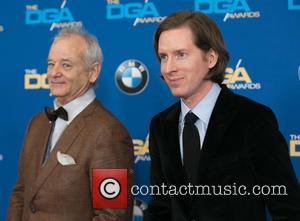 The creators of the hit Matilda the Musical production announced earlier this month (Apr15) that they were developing a Broadway version of the movie, about a grumpy TV weatherman stuck in a time loop, who has to live the same day over and over again, but now director Matthew Warchus has decided to give the all-singing, all-dancing version its first-run at the Old Vic theatre in London, where he has taken over from Kevin Spacey as the venue's new artistic director.

The Groundhog Day musical will hit the Old Vic stage in June, 2016, and then transfer to Broadway to begin previews in January, 2017.

The show will feature music and lyrics by Australian entertainer Tim Minchin, who will reunite with his Matilda collaborators, set designer Rob Howell, choreographer Peter Darling and director Warchus, for the new production.

The movie's co-writer Danny Rubin will also work with the group to adapt the story.