Bill Murray's 'Hyde Park On Hudson' Hits Telluride: But Is It Good Enough For An Oscar? 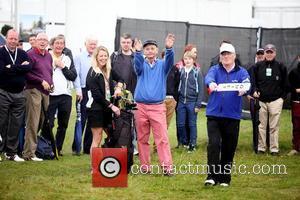 Bill Murray plays Franklin D Roosevelt in Hyde Park on Hudson and already, there are murmurings of the chances of an Oscar nomination for Murray's portrayal of FDR. Not everyone's convinced though. In fact, Hyde Park on Hudson does such as good job of making sure that all the 'Oscar nominations' boxes are ticked, that it does itself a disservice, in the process, according to the IndieWire blog.

Hyde Park on Hudson premiered at the Telluride Film Festival last weekend and IndieWire have condemned the film as "unremarkable" - which, when we're talking potential Academy Award nominations, is surely almost worse than that an outright panning. That said, they rank the movie in the same "delightful" field as last year's 'My Life With Marilyn,' which may have been "unremarkable" but still ticked enough boxes to ensure success when it came to awards season.

Elsewhere, The Hollywood Reporter doubts whether or not enough boxes have, in fact been ticked to credit 'Hyde Park On Hudson' with any Oscars glory. They single out Murray's performance as the highlight of a movie that is otherwise too pithy to be of any note: "The film looks good, generated chuckles in all the right places, and received polite applause at the end, but my hunch is that it and those associated with it - with the possible exception of Murray, who shines in a mostly serious performance - will ultimately prove too light and slight for Academy members, who tend to demand more gravitas than this film possesses." With fierce competition coming up from the likes of Lincoln, The Master and with The Dark Knight Rises expected to get some kind of nod from the Academy this time round, Hyde Park on Hudson could be condemned to the 'must try harder' drawer.