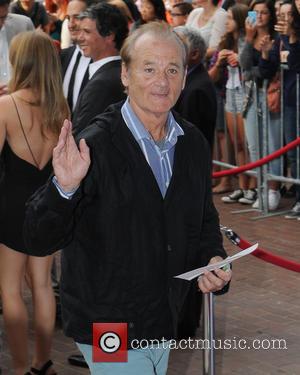 Bill Murray is teaming up with his Lost In Translation director Sofia Coppola to create a Christmas Tv special.

The Ghostbusters actor will sing classic yuletide carols in the one-off show, which will be directed by Coppola.

He tells Variety.com, "It's not going to be live... We're going to do it like a little movie. It won't have a format, but it's going to have music. It will have texture. It will have threads through it that are writing. There will be prose... It will have a patina style and wit to it. It will be nice."

Many details are yet to be confirmed about the project, but Coppola adds, "We're working on a Christmas special... Not sure when it will air, but my motivation is to hear him singing my song requests."

The duo previously worked together on Lost in Translation in 2003.