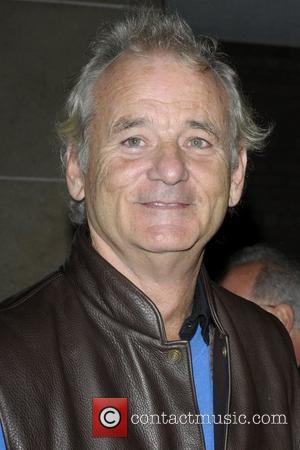 Bill Murray has won the AT&T Pebble Beach National Pro-Am golf tournament by two strokes.
BILL MURRAY, the American actor who famously portrayed the lovable groundskeeper 'Carl Spackler' in the hit comedy 'Caddyshack', has won one of the country's biggest Pro-Am (Professional/Amateur) competitions with partner D.A Points, reports the Associated Press. Murray's victory was the second time that he has won a Pro-Am competition, the first coming with partner SCOTT SIMPSON on the Champions Tour. The actor, a big hit with the crowds at Pebble Beach, was in high spirits after lifting the trophy, joking, "I'm thinking of turning pro. I probably won't. It's really nice to play with a gentleman. He's a good person. He's from Illinois. He's Lincoln-esque in stature and unfailingly polite". It was also the first time that Points had won a PGA tour event, and he was clearly taken aback by his win, saying, "Pebble Beach may be the most iconic place in America to play golf, and to win here, it's just a dream come true". In an interview with Golf.com in 2010, Murray spoke of his love for the Californian course, saying, "It's a very special place. The course is great, beautiful, hard. You know, when I was watching the tournament [the 2010 U.S. Open], I was so proud".
Away from the golf course, Murray is currently in negotiations to reprise his role as Dr Peter Venkman in Ghostbusters III. The movie, which is to be directed by Ivan Reitman, is scheduled for release on Christmas Day 2012.