Hollywood star Bill Murray has urged the public to help him track down rapper Rich Ross. 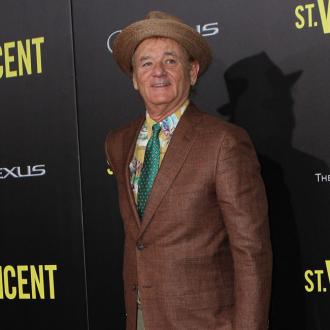 Bill Murray has called on the public to let him know the whereabouts of Rick Ross.

The celebrity duo were scheduled to record a song together for a Christmas show, but the 39-year-old rapper failed to show for the planned engagement and Bill, 64, has called for help from the public.

He explained to 'Jimmy Kimmel Live': ''We're doing a Christmas show and my friend is friends with him so thought he would be great to sing this one song. So he came and recorded the song and ... that was the last we saw of him.

''He didn't show up to shoot it. If anyone out there sees a 300lb guy who looks like he's supposed to be in New York two weeks ago let me know.

The popular US TV show was this week filmed at the SXSW festival in Austin, Texas, where Bill entered the studio wearing a dress and some cowboy-themed items, prompting the host to say: ''You look very pretty, very beautiful. You look great, you really do, you have great legs.''

In response, Bill joked: ''I'm usually in jeans and a T-shirt. This is just for tonight because it's special.''