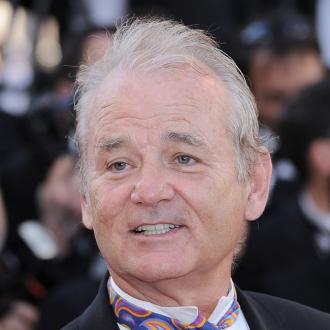 Bill Murray is set to star alongside Bradley Cooper in a romantic comedy movie.

The 63-year-old actor is in talks about appearing in writer/director Cameron Crowe's as-yet untitled film, which has already cast a host of star names including Emma Stone, Rachel McAdams, Danny McBride and Alec Baldwin.

While details of Murray's potential role remain under wraps, Cooper has landed the main part in the motion picture as a defence contractor who falls in love with an Air Force pilot (Stone) and she helps him to oversee the launch of a weapons satellite from Hawaii, a source told The Wrap.

Scott Rudin - who has worked with Murray on several Wes Anderson motion pictures, including 'The Darjeeling Limited' and 'Moonrise Kingdom' - is producing the movie in Hawaii ahead of a proposed 2014 release.

It will be the first time Murray has worked with Crowe on a big screen project, which will also star Edi Gathegi and Jay Baruchel, who will play Cooper's on-screen step brother.

Murray's next movie will see him appear opposite George Clooney and Matt Damon in the World War II film 'Monuments Men', which is released on December 18.