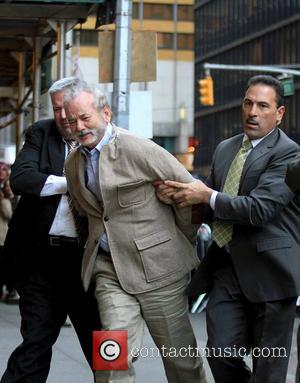 Bill Murray playing one of America's greatest presidents, Franklin Delano Roosevelt, may not have been everyones first choice, however recent reviews of the upcoming movie Hyde Park On Hudson have more or less been only concerned with Murray's stellar performance, complaining that the film itself is a bit of a dud.

The film itself covers the scandalous relationship between FDR and his cousin and eventual mistress, Daisy Suckley, who is played by Laura Linney in the film. The movie itself is set during a weekend visit by the King and Queen of the United Kingdom to upstate New York in  1939, although the love affair does serve as the main focus of the film.

Reviews that have been particularly praiseworthy of Murray's performance including The New York Observer, which first denounces Daniel Day-Lewis' presidential turn in favour of Murray before saying: "At the center of the action, holding the pieces together with infectious dazzle, a droll Bill Murray simply seizes the center ring and holds one’s attention from beginning to end." Meanwhile another review in Rolling Stone said that Murray "has all the layers the rest of the movie doesn't have at all," adding that the actor's performance was "Oscar-worthy."

Not everyone has been so hyped up about the performance though, with certain reviewers damning Murray as well as the rest of the film, with the New York Times complaining about the "dreariness" as well as saying that the viewer might feel compelled when "Eleanor or Missy, another of Franklin’s lovers, charge in, you long to follow them into another film—one in which everyone really does live in interesting times."

Other reviews also have their own little gripes with the film, with one review (Salon) in particular complaining about a scene featuring a very intimate moment involving the former president and his mistress. You'll have to see it (or not) to find out what it is.