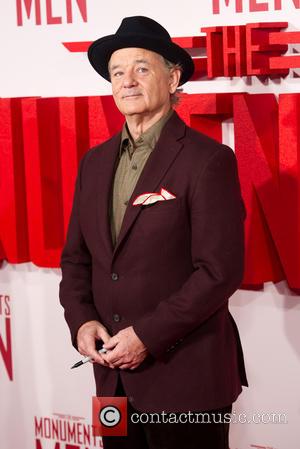 Bill Murray has paid tribute to his Ghostbusters co-star and frequent collaborator Harold Ramis, following his death on Monday (24Feb14).

The actor, writer and filmmaker, passed away at the age of 69 from complications of a rare blood disease, and now Murray is the latest member of the beloved Ghostbusters franchise to share his condolences.

The funnyman released a statement that reads: "Harold Ramis and I together did the National Lampoon Show off Broadway, Meatballs, Stripes, Caddyshack, Ghostbusters and Groundhog Day. He earned his keep on this planet. God bless him."

Despite the fact the duo found success with a string of comedy classics in the 1980s and 1990s, Ramis revealed in a 2009 interview with website TheAVClub.com that he had not spoken to Murray since 1993's Groundhog Day over an on-set dispute, and had "no social relationship whatsoever".

Along with Murray and Ramis, actor Dan Aykroyd rounded out the trio of parapsychologists in Ghostbusters, and he expressed his sadness over the passing of his good friend on Monday as well.

A statement issued to The Hollywood Reporter reads: "(I am) deeply saddened to hear of the passing of my brilliant, gifted, funny friend, co-writer/performer and teacher Harold Ramis. May he now get the answers he was always seeking."