Bill Murray Not Returning For Ghostbusters 3

Bill Murray is not returning for 'Ghostbusters 3', his co-star Dan Aykroyd has confirmed. 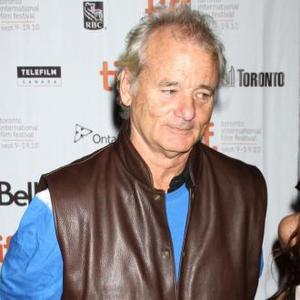 Bill Murray is not returning for 'Ghostbusters 3'.

Dan Aykroyd - who starred and wrote in the original 1984 supernatural comedy and the follow up in 1989 - has confirmed Bill ''won't be involved'' in the forthcoming instalment, but he believes the movie can still be ''successful'' without the 61-year-old star.

He said: ''It's sad but we're passing it on to a new generation. 'Ghostbusters 3' can be a successful movie without Bill. My preference would be to have him involved but at this point he doesn't seem to be coming and we have to move on. It's time to make the third one.''

The original movie sees Bill, Dan and Harold Ramis star as three unemployed men who set up a ghost catching business, and Dan is hoping the latest instalment - which recently brought 'Men In Black 3' writer Etan Cohen on board to amend The Script - will be in production next year.

He added to Metro: ''Yes, we've got a brilliant new writer on it and we'll be passing the torch on to a new generation. We're working on it to make it just right to satisfy our fans. I'm confident we'll be in production in the next year.

''We've got the studio on side. We've tried a few concepts which weren't right but now we've got a good structure and will make it happen.''

Bill has recently admitted it will be ''hard'' to make a successful third film in the franchise because it will be tough to make the movie as comical as the original.

He said: ''You know, you just gotta have a really good script. It's hard. Even the second 'Ghostbusters' wasn't as much fun for me as the first one. It's hard to make a sequel. It's gotta be really funny, and that first one was just so darn funny.''