Bill Murray On Letterman - He Was Always Going To Do SOMETHING

Murray was in Liberace mode for the show 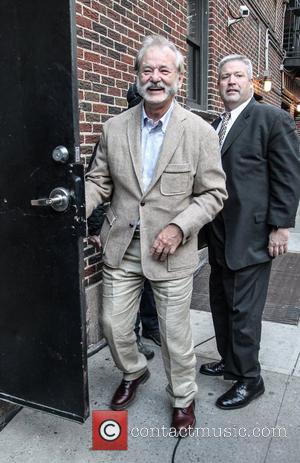 Bill Murray certainly turned some heads on the 20th birthday episode of The Late Show with David Letterman when he arrived in style as Liberace. Well and truly pimped out in the same kind of extravagant gear Liberice was famous for. He then sat down with a little dog: nothing more than an accessory to his outlandish garms.

Letterman said: “Wow that was wonderful Bill. Delightful. I am delightful. I didn't know you had a dog.” Bill said: “I had to get something that went with this outfit.” The audience, of course, were loving all this. Bill told them: “You know I love you audience. I love you, but I dont have time tonight. ‘Cos Im only here for one reason,” before pointing at Letterman. (Daily Mail)

From football attire to a smoking jacket and beret, wearing crutches and sporting an ushanka, Murray likes to dress for the occasion. Last year: a top hat and tuxedo and an uncorked a bottle of champagne.

Liberace was recently portrayed in a far more serious light by Michael Douglas in Behind the Candelabra, which opened to fantastic reviews. It also starred Matt Damon as Scott Thorson, the starry-eyed country boy who became enamoured by Liberace’s aura. 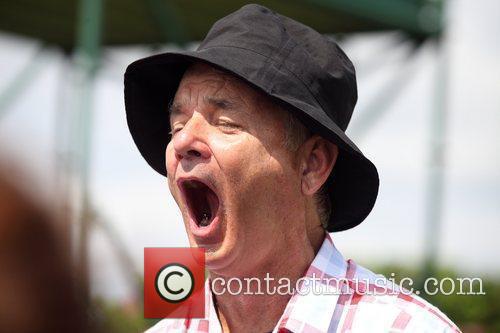 We Don't Get Tired Of BIll Murray!