When you’re Bill Murray there’s no such thing as boundaries! The Lost in Translation actor was recently strolling around downtown Charleston, South Carolina, when he came across a young couple having their engagement photos taken. When photographer, Raheel Gauba of Fia Forever Photography, noticed that something was up he turned round to find Bill Murray up to his old tricks. Gauba explained: “I turn around and I see Mr. Murray standing here with his shirt pulled up and belly proudly on display which he is patting loudly in an attempt to make the couple laugh - Needless to say I was stunned and I invited Mr. Murray to join the couple for a quick shot - He obliged and congratulated them and went on his way…”

MORE: Bill Murray's funny, but he was once robbed of an Oscar, you know.

Murray must be in the wedding spirit at the moment, his engagement photo stint comes not long after he decided to crash a bachelor party in Charleston. A fountain of wisdom, Murray was allegedly dishing out advice to those who had were in attendance at the party. He said: “You know how funerals are not for the dead, they’re for the living? Bachelor parties are not for the groom, they’re for the uncommitted.” He then went on to explain to single guests how they could go about finding that special someone. 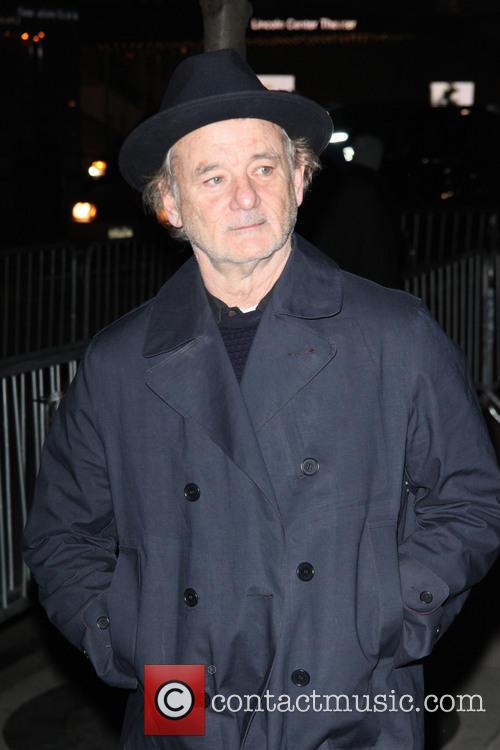 Bill Murray has been wondering around Charleston causing plenty of mischief

It seems as though Bill Murray is casually wondering around Charleston, causing all sorts of mischief.  Murray fans, take to the streets of the city, it seems you're in with a good chance of a bit of Murray-spotting at the moment.

MORE: The four upcoming Bill Murray movies you need to know about