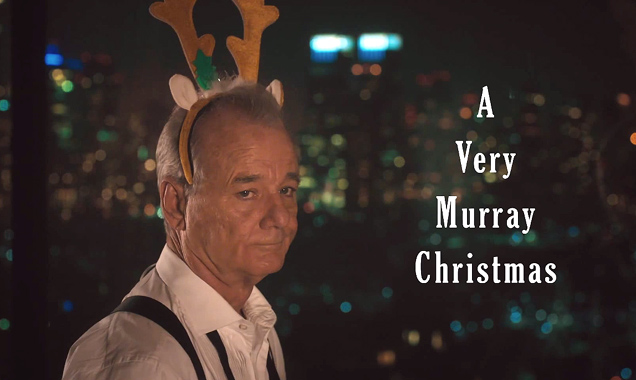 While the writing and directing talent is certainly up to scratch, one of the most interesting pieces of information is in regards to the supporting cast. The plot tells the story of Murray as the host of a variety show, but when a particularly bad snow-storm hits the city, he is left wondering if anyone will turn up to appear in the show. But what a show it would be, with George Clooney, Paul Shaffer, Amy Poehler, Jason Schwartzman, Rashida Jones, Miley Cyrus, Michael Cera, Chris Rock, David Johansen, Maya Rudolph, Jenny Lewis, Phoenix's Thomas Croquet, Christian Mazzalai and Laurent Mazzalai, Frederic Moulin, and Dimitri Dimitrov more set to make an appearance in the series.

While no official release date has yet been confirmed (other than December 2015), it is set to debut across the world wherever Netflix is available. Executive producers include Coppola, Glazer, Roman Coppola and Tony Hernandez. The official teaser was released by Netflix on 22nd May 2015 through their YouTube channel, in a short video showing Murray looking out across a snow-covered city while wearing festive antlers. For those of us interested in finding out more, we'll probably have to wait until closer to the festive season to get a little more information.