'Saturday Night Live' fans rejoice! Bill Hader, one of the best loved alumni from the long-running sketch and variety show, is heading back to New York to host proceedings on October 11th. 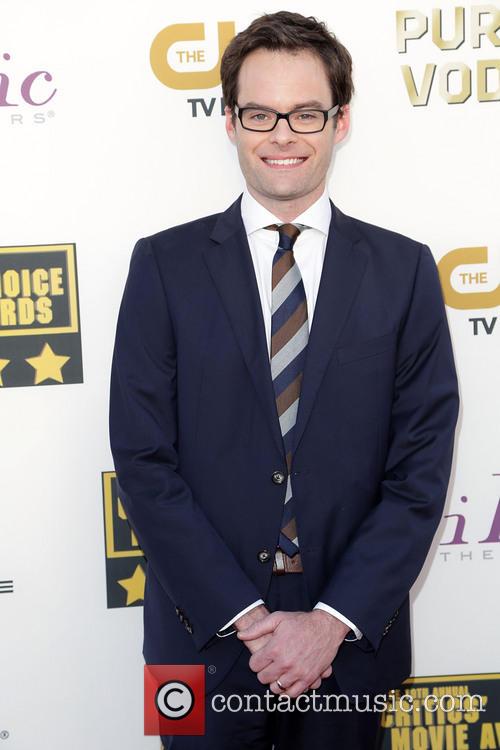 Saturday Night Live is where it all began for Hader

He's not the first cast member to be invited back to host the show, joining the ranks of Dan Ackroyd, Chevy Chase, Kristen Wiig and Andy Samberg, who hosted the finale episode of last season.

Hader joined the show in 2005, after being brought to the attention of show runner Lorne Michaels by 'Will and Grace' star Megan Mullally, who spotted him whilst he was performing as part of a Los Angeles comedy troupe. Eight years and two Emmy nominations later, he departed from the show to pursue other projects. Since leaving last year Hader has found success in his own right, starring on television show 'The Mindy Project' as well as films Cloudy With a Chance of Meatballs 2 and The Skeleton Twins opposite his SNL co-star Kristen Wiig. He also has a number of exciting projects in the pipeline, including lending his voice to a character in not one but two Pixar films: Inside Out, due out next summer, andThe Good Dinosaur, scheduled for a November 2015 release.

More: A Week In Movies: Stars Stage Photo-calls As Apes, Greek Gods And Musicians, While Will Ferrell Films In Los Angeles

During his time on 'Saturday Night Live' Hader perfected his Al Pacino and Vincent Pryce impressions, but he was best known for playing the character of Stefon, a flamboyant New Yorker who starred in the Weekend Update segments alongside Seth Meyers. Meyers and Hader reminisced about their Saturday Night Live days earlier this week on Meyers' 'Late Night' talk show, with Hader saying that it was Meyers’ straight faced responses to Stefon's outlandish behaviour that made him constantly crack up on screen. "You were being so patient with this maniac who had the simplest job in the world."

Let's hope that Stefan will be making a reappearence when Hader takes to the SNL stage once more!