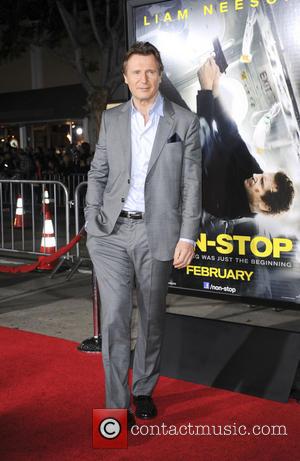 New York City Mayor Bill de Blasio has turned down an offer from Liam Neeson for a personal tour of the Big Apple's largest stable as the actor fights a proposed ban on horse-drawn carriages in Central Park.

The Taken star has become a leading advocate for carriage drivers, who he claims will be robbed of their livelihoods if a celebrity-backed campaign to outlaw the popular tourist activity is successful.

Neeson, who is good friends with one of the drivers, fellow Irishman Colm MCKeever, insists allegations of horse mistreatment are unfounded and offered to take De Blasio and city council members to visit one of the stables themselves, but his offer has been snubbed.

The actor arrived at the stables on Sunday (09Mar14) to speak with press about De Blasio's decision to decline his invitation, and criticised the politician for not showing up.

"And it has to be said - the great white elephant in the room, four prime locations on the West Side of New York that realtors must be salivating to get their hands on."

De Blasio, who vowed to ban horse-drawn carriages as part of his election campaign last year (13), says, "I respect Liam Neeson a lot, I'm a big fan of his work. But the fact is, I put forward a plan and a vision and the people ratified it in an election and that's what matters most."

While the mayor is insistent he will not budge from his stance, he does reveal he will visit the stables soon.

De Blasio adds, "The reason I want to visit the stables and will do it when the schedule allows is because we want to work with the folks who operate those horse carriages and get them new opportunities in other types of related work... We want to make sure we're listening to their concerns as we do it, but I'm clear about where we need to go."

Neeson's pro-carriage campaign faces strong opposition from actors including Alec Baldwin, Pamela Anderson, Anjelica Huston and Glee star Lea Michele, who have all rallied against the use of horses for commercial purposes.