Beloved U.s. Televangelist Rev. Robert H. Schuller Has Died At A Care Facility In California. He Was 88. 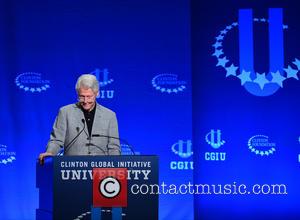 As Christians prepared to celebrate the Easter weekend, the religious leader and author who preached to millions during televised sermons at the Crystal Cathedral in Southern California died early on Maundy Thursday (02Apr15).

Schuller, who was born in Iowa in 1926, was ordained by the Reformed Church in America in 1950. He was pastor of Ivanhoe Reformed Church in Chicago from 1950 to 1955 before moving to California, where he and his late wife, Arvella, started a ministry in 1955 at a drive-in movie theatre near Los Angeles.

They went on to build the Crystal Cathedral in 1980 to house his successful TV ministry, which was broadcast live each week, and during the 1990s, his programme was broadcast in over 170 countries to an estimated 20 million people.

He was famous for mixing Bible study and uplifting psychology in his sermons and also wrote more than 30 books.

Schuller's church suffered tough times in the early part of the new century after he handed over the reins to his son Robert, and a bitter family feud in 2008 prompted the elder Schuller to remove his son from the Hour of Power TV broadcasts.

The family feud continued as the donations and viewership dipped dramatically, and in 2010, Crystal Cathedral ministries filed for bankruptcy.

Schuller and his wife quit the board of directors in 2012 and their grandson, Bobby Schuller, took over the Hour of Power broadcasts from a new location. The Crystal Cathedral was sold to the Roman Catholic Diocese of Orange in 2011.

In 2013, Schuller was diagnosed with a tumor in his esophagus that had spread to his lymph nodes and began treatment. He also suffered a mild heart attack in 1997.