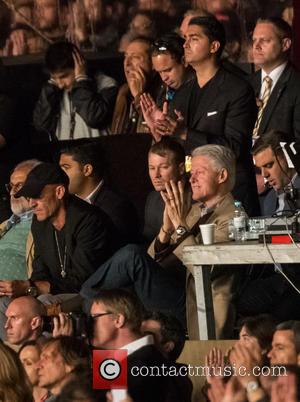 Secret service agents flew into action over the weekend (09-10Aug14) after a stranger was spotted taking pictures outside a celebrity party close to the home of former U.S. President Bill Clinton.

The incident occurred on Sunday (10Aug14) when a man was seen taking pictures close to Harvey Weinstein's home in New York's The Hamptons where the movie mogul was hosting a star-studded screening of his latest film The Giver.

The house is next door to a property rented by the former U.S. leader and his family, and secret service agents issued an alert after the snapper was spotted in the woods.

The unnamed man was questioned by local police and later released.