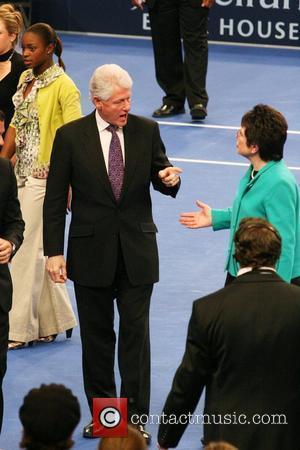 Former U.S. President Bill Clinton has downloaded his favourite tunes to help raise cash for the musical victims of Hurricane Katrina.
The ex-leader chose Brown Eyed Girl by Van Morrison, I Get Along Without You Very Well by Carly Simon and Sarah MCLachlan's Angel among the 10 tunes downloaded onto a signed iPod, which will be auctioned to raise cash for charity Music Rising.
He's the latest celebrity to sign up for the auction fundraiser, organised by Tonic.com.
Over 70 stars, including Cher, Beyonce and Gisele Bundchen, will participate in the auction series, which started last month (Feb09) and runs into 2010.
TV talk show host Ellen DeGeneres' iPod has been the big buy so far, with one bidder paying $5,101 (GBP3,640) for her signed selection, while Britney Spears' iPod sold for $851 (GBP608) and Mariah Carey's for $560 (GBP400).
Clinton's iPod is on course to become the most successful iPod item - it has a bid at $751 (GBP536) after just one day.