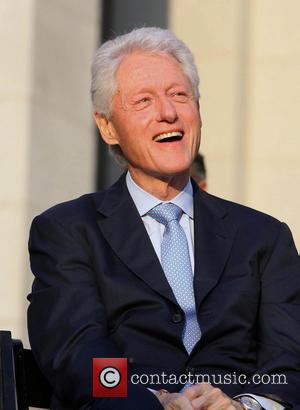 Former U.S. leader Bill Clinton's daughter Chelsea has become a big fan of fashion designer Stella Mccartney after spending time with the Brit for a news piece she has filmed for U.S. Tv.

Chelsea Clinton signed on to interview Sir Paul MCCartney's daughter in London and New York in a piece for U.S. news show Rock Center, which aired on Friday (21Jun13).

Clinton reveals MCCartney's late mother, Linda, had a huge impact on her and even inspired her to become a vegetarian.

She explains, "At 13, I decided to give up all meat and fish. My parents were even more surprised and cautiously supportive - provided I learned how to get enough protein. The first vegetarian cookbook I ever bought to learn more about how to be a healthy vegetarian was Linda MCCartney's Home Cooking.

"In a very pragmatic way, Linda MCCartney helped me meet my mother's conditions for being a vegetarian, to get enough protein and eat a well-balanced diet and, in the process, helped both my mom and me feel good about the choice I had made."

Clinton is no longer a vegetarian but admits Linda MCCartney will always remain one of her idols - just like her daughter.

She adds, "As I found her mother and her mother's cookbook charming and impressive, I found Stella equally so and more. Watching Stella work, and listening to her talk about her passion for fashion and particularly ethically-based fashion, one gets the sense that while Stella MCCartney has long arrived, she is only just getting started."