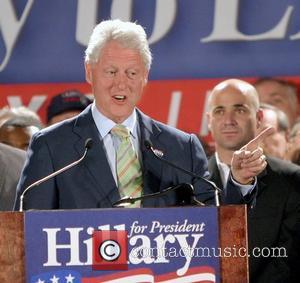 TV's BUCK ROGERS, GIL GERARD, has shed 140 pounds (63.5 kilograms) after undergoing gastric-bypass surgery. The heavyweight former TV hunk weighed in at a whopping 350 pounds (158.8 kilograms) when doctors told him he was morbidly obese - and they suggested surgery to help him lose weight fast. The 66-year-old actor, who played Rogers on TV from 1979 to 1981, agreed to let Discovery Health channel cameras follow his operations and subsequent progress. After winning his battle with the bulge in just seven months, the actor says, "I don't miss that guy, I really don't." Pal Bill Clinton joined Gerard for part of the Discovery special, which debuted in America last night (10JAN07).