Bill Burr and Nia Renee Hill - A variety of stars were photographed as they attended the Los Angeles premiere of 'Black Or White' which was held at Regal Cinemas L.A. LIVE. in Los Angeles, California, United States - Tuesday 20th January 2015 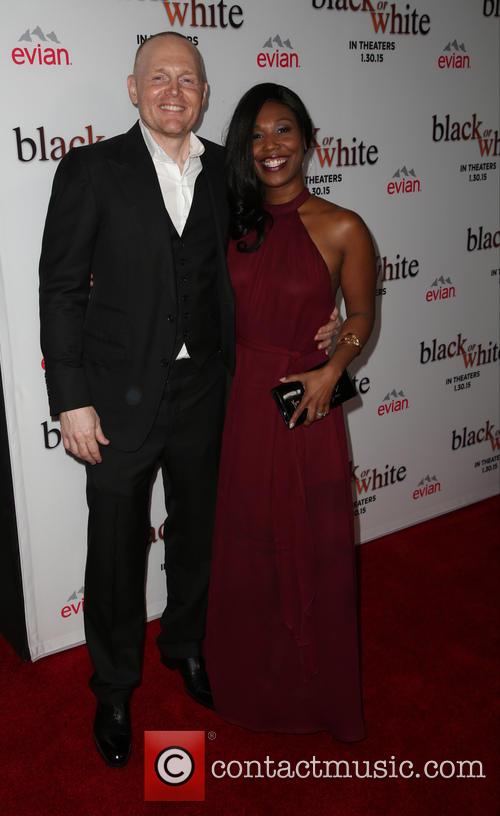 When a young girl's mother dies in childbirth, she is sent to live with her grandparents. After her grandmother dies in a car accident, Elliot Anderson (Kevin Costner) takes on the responsibility of raising her by himself. When his granddaughter's African American grandmother Rowena (Octavia Spencer) arrives to tell him that they should share custody, Elliot is reluctant to the point of hostility. Despite his granddaughter having more family living in the South - including her drug-addicted father - Elliot furiously battles for sole custody, stating that his fight is not born of racial hatred, but due to the loss of both his wife and daughter making his granddaughter the only thing he has left in the world.

Meghan Miles is a reporter whose best friends insist on taking her out and dragging her away from a night in alone wearing sweatpants. She is forced to don her friend's 'slutty', bright yellow dress that is unfortunately overly conspicuous and she is subsequently picked up by a charming stranger. Later on, however, she awakens with several voice messages from work explaining that the network are looking for a new anchor; this is the job of a lifetime for Meghan, but she has a serious mission if she wants to get to the studio on time - a mission that's made even more complicated when her car is towed away with her purse inside and she finds herself lost without money, ID or a phone. With everyone thinking she's just a roaming hooker, nobody seems willing to help her. Just what trouble will she have to push through to collect her belongings and get to work on time?