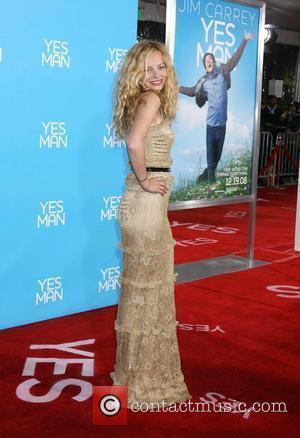 Actress Bijou Phillips has been left devastated by her sister MACKENZIE's incest revelations, insisting she can't believe their father, MAMAS & THE PAPAS star John Phillips, once raped his daughter and then enjoyed a decade-long consensual affair with her.
MACkenzie has revealed all about her twisted romance with her father in her new memoir, High on Arrival, and she stunned America on Wednesday (23Sep09) when she spoke out about the affair on daytime TV show Oprah.
The actress' stepmother Michelle Phillips, who was also a member of the Mamas & The Papas, immediately fired back at the claims, suggesting MACkenzie's recollections could not be believed - because she's a longtime drug abuser, and now her stepsister has spoken in defence of her father.
Bijou Phillips insists it's not the first time she has heard her sister's outrageous claims, stating, "When I was 13, MACkenzie told me that she had a consensual sexual relationship with our father. This news was confusing and it was also scary, as I lived alone with him since I was three. I didn't know what to believe and it didn't help that shortly thereafter MACkenzie told me it didn't happen."
In a statement to Oprah Winfrey's show, Bijou added, "MACkenzie's history with our father is hers, but also clouded with 30 years of drug abuse. I hope she can come to terms with this and find peace.
"The life I had with my father was very different; he was Mr. Mom, he was encouraging and loving. The man that raised me would never be capable of doing such things, and if he was, it is heartbreaking for me to think that my family would leave me alone with him.
"I understand MACkenzie's need to come clean with a history that she feels will help others but it's devastating to have the world watch as we try to mend broken fences, especially as the man in question isn't here to defend himself."
Re-appearing on the show, MACkenzie admitted she hated the idea of falling out with her stepsister, who bailed her out after her drug arrest last year (08).
She said, "I love my baby sister and I miss having contact with her. I understand how this is for her and my heart goes out to her."
Phillips was then questioned by Winfrey about why she left her stepsister with her father when she knew of his deviant nature.
The actress said, "Maybe I did her a disservice... but I felt she was safe. I did go there and I did take her out of there at one point, where I felt like she wasn't being watched properly. I didn't feel she was in any sexual danger."
She added, "I have done my best to protect Bijou, even through this firestorm."
MACkenzie was joined by her other stepsister, Chynna Phillips, on the Oprah show on Friday (25Sep09). Chynna believes her sister's claims.