Heavy D To Be Honoured At Soul Train Awards 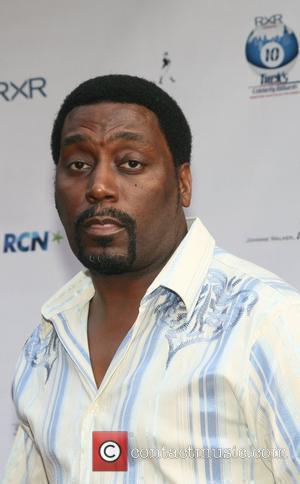 Big Daddy Kane, Kurtis Blow and Doug E. Fresh are among the rappers who will pay tribute to Heavy D at the upcoming Soul Train Awards.
The veteran MC, real name Dwight Arrington Myers, died last week (08Nov11) after neighbours found him lying unconscious outside his home in Beverly Hills.
Organisers of the 2011 Soul Train Awards have now announced plans to honour the late rapper during the ceremony on Thursday (17Nov11). The tribute will come a day before Heavy D is laid to rest in New York, where Sean 'Diddy' Combs is scheduled to speak as part of a memorial on Friday (18Nov11).
He says, "He was a wonderful human being, who inspired and paved the way for a Hip Hop generation. We were like brothers - I will miss him more than words can express."
Meanwhile, the late star's family has launched the Heavy D and Xea Myers Fund, to support the rapper's 11-year-old daughter.
A statement from his relatives reads, "Though Hev will most notably be remembered for his work both behind-the-scenes and in the forefront, he will always be remembered by us as a generous soul who remained humble and unselfish till his final days."

Heavy D To Be Honoured At Soul Train Awards